Any Livistona Chinensis in PNW? 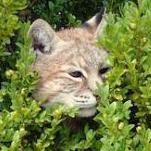