Starting the Zone 8b Jungle 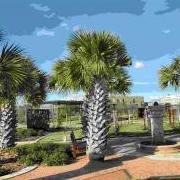