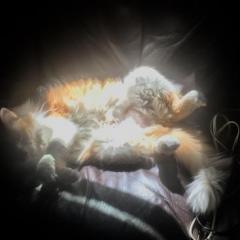 Nothing’s quite as pretty as Maxie in the morning