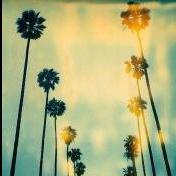 By SilverDragon, June 3, 2019 in TROPICAL LOOKING PLANTS - Other Than Palms