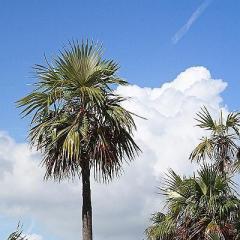 Just a little something to help those of you in warmer climates feel even warmer!